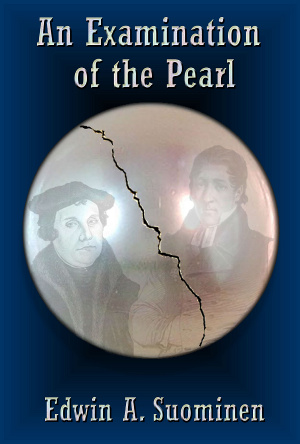 My first book was An Examination of the Pearl, a 700-page study of the fundamentalist Christian sect in which I was raised and spent some 40 years of my life. It “is an honest and unflinching examination of the pearl that Conservative Laestadianism puts on offer as the Kingdom of God. It is a study not just of that obscure revival movement from 19th century Lapland, but also of Martin Luther, fundamentalist and sectarian Christianity, and the Bible itself.”1

Learning about evolution due to some engineering work led me to finally question that church’s teachings, not just about Adam and Eve, but also pretty much everything the preachers had to say.

I’d been raised believing that Adam and Eve were my ancestors and Darwin was of the devil, but now Darwin had come to my computer. What I saw happening on the screen before my eyes not only worked, but made a lot of sense. I could understand exactly what was happening, because it was computer code, and pretty simple code at that.

Evolution is real. It’s how we got here. That realization put me at odds with most of my fellow believers and everything I could recall my church ever saying about creation and original sin. I thought and thought, and could not stop thinking about the problem. Nearly every sermon and issue of the monthly church newspaper seemed to talk about Adam and Eve and how their transgression was the reason why Jesus had been sent as a sacrifice for “sin-fallen mankind.”

Yet what I had finally, reluctantly accepted as indisputable–that I am not the descendant of any first human pair but the product of millions of years of primate evolution–didn’t match up with that story. How could I avoid the awful conclusion that Christianity–my beloved Laestadian Lutheran Christianity–was based on a false premise? 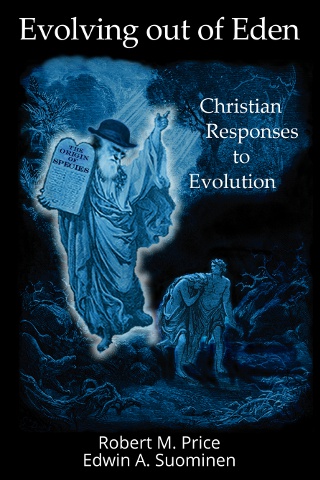 And what else might they be wrong about? Plenty, it turned out.

After spending a full year studying most everything the church had written about itself, and the Bible (the whole thing cover-to-cover), I sadly concluded that my childhood faith was “a self-sustaining doctrinal bubble that quivers unsteadily in the air, vulnerable to being poked by the slightest intrusion of fact.”2

I sought out Dr. Price for some scholarly guidance on that effort, after listening to him on The Bible Geek podcast. The two of us became friends, and collaborators on several projects since, most notably Evolving out of Eden.

For that book, I devoted myself to a year of personal study about evolutionary science and its inter­section with theology. Yet I wear the label of amateur–a person whose pursuit of a field arises solely from the love of it, amatorem–with pride, and also a great deal of respect for those who have devoted their professional lives to bringing the underlying information to the public.3

I’ve been considering writing another book, The Bold Testament. It would be a collection of Bible tales retold in a way that brings the gory details and absurdities of the “good” book alive. One story, “Jehu’s Jihad,” appears on my blog. Seth Andrews read the first part of it on his The Thinking Atheist podcast.

Now I’ve added another story (and potential chapter for the book) entitled “Abraham’s Excellent Adventure,” which Seth read in his entirety for his June 23, 2015 episode. It’s available in a short $0.99 Kindle version, along with a transcript of an interview Seth carried out with me after the reading. If there’s enough interest in it, I’ll probably go ahead and finish the collection and release The Bold Testament as a full-length paperback and e-book. The Bible certainly has plenty of juicy material to work with!