I am a balding, ordinary-looking, middle-aged American male who has interesting ideas from time to time and who knows how to put them into words, computer code, and electronic designs. 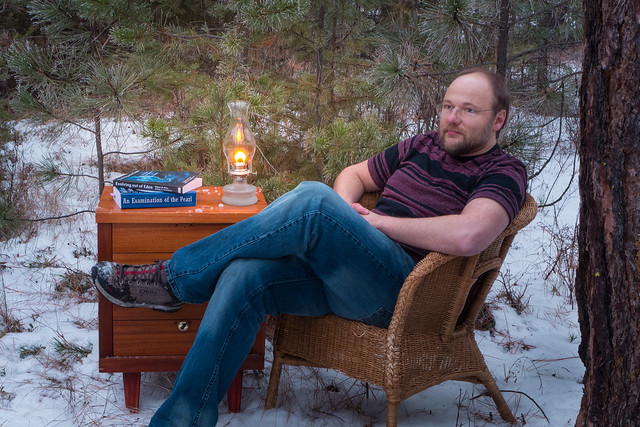 My sputtered musings about life, religion, and the beautiful absurdity of the universe wind up in books and on my shitty little blog. I’ve also dabbled a bit with fiction, resulting in a few short stories that have had a gratifying amount of exposure, thanks to some appearances on The Thinking Atheist podcast.

I’ve also done some photography and often find myself immersed in the magnificent obsessions of electrical engineering, both hardware and software. Open-source software development is a labor of love that has resulted in various packages for the Python programming language, including AsynQueue, sAsync, and logalyzer. My mcm.edsuom.com site is an interactive online Mandelbrot set generator that demonstrates how AsynQueue can put several CPU cores to work in a loosely coupled multiprocessing problem. It’s a fun little diversion that can produce some very pretty graphics.

I’ve got a B.S. in Electrical Engineering from the University of Washington (1995). My senior project there wound up being the subject of fourteen U.S. patents with applications in many areas of Low-IF wireless technology, including Bluetooth®, FM, GSM, and Wi-Fi radio tuners.1 I also hold U.S. patents for technology relating to speech and handwriting recognition, cryptography, digital signatures, and audio signal reconstruction.

My last regular job was as a registered patent agent,2 representing patent applicants before the U.S. Patent & Trademark Office. Now, thanks to some success with my own inventions, I happily spend my days designing and building electronics, writing prose and software rather than patents, and running a little indie publishing company, Tellectual Press.

When I’m sitting at a desk, that is.